The Seven Cryptical Books of Hsan is a collection of fictional writings mentioned by Lovecraft in "The Other Gods" (1921) and "The Dream-Quest of Unknown Kadath" (1926). The books (or rather scrolls) are supposed to have been written in Classical Chinese around the 2nd century AD by the Chinese philosopher Hsan the Greater [although Hsan is not even a Chinese-sounding name]. The books allegedly contain information parallelling that contained in the Yìjīng, but with an esoteric rather than exoteric bent. Each scroll covers a specific subject:
The Seven Cryptical Books of Hsan may thus be used much like the Yìjīng, but with a more sinister twist to its use. For instance using the Seven Cryptical Books of Hsan instead of the Yìjīng for a Divination skill roll (p59 of The Celestial Empire) may yield a darker bent to the results of the roll, or even ill-fated side effects. Using the example in the rule book, White Fox may want to follow the black falcon; however after having travelled through the mountains undetected by the guards in the fort, she may make more unsavoury an encounter, like a lone hermit dabbling in the black arts or even a Mythos-inspired creature...

Similarly, if the Seven Cryptical Books of Hsan are used instead of the Yìjīng for a Necromancy skill roll (p63 of TCE) the monster summoned or the answers received will certainly contain Mythos-inspired elements... 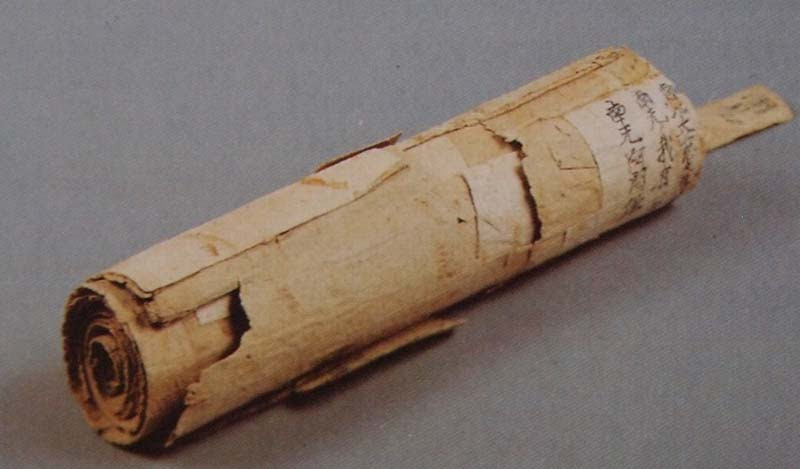 On top of their use as an alternative, sombrer version of the Yìjīng, the Seven Cryptical Books of Hsan contain useful information for player characters.

Perusing these scrolls may increase the Cthulhu Mythos Allegiance score of the reader (if used) or, alternatively, reduce the Buddhism allegiance score/increase the Heterodoxy allegiance score by 1 for each scroll read.
Posted by 賈尼 at 20:46
Email ThisBlogThis!Share to TwitterShare to FacebookShare to Pinterest
Labels: crossover, gaming aid