I have a found a blank map of 16th century Japan on the net and I thought I'd share it. 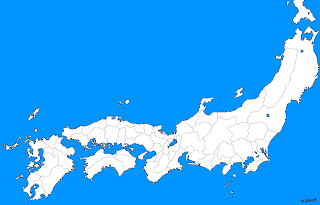 This can be very useful for referees GM'ing adventures set at the time of Sengoku Japan, especially should the campaign revolve around daimyō rivalry and the conquest of the various provinces (the referee can track the by progress of the various armies by using different colours).
Posted by 賈尼 at 14:30 No comments:
Email ThisBlogThis!Share to TwitterShare to FacebookShare to Pinterest
Labels: Japan, map

Monsters & Magic Back In Print

Edit 17 May: here's the relevant link on DriveThruRPG. 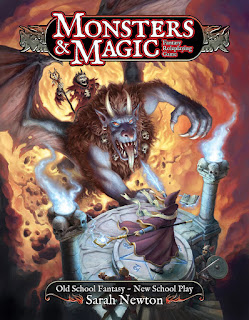 She has also announced that there would be some new M&M announcements coming up shortly!
Posted by 賈尼 at 14:10 No comments:
Email ThisBlogThis!Share to TwitterShare to FacebookShare to Pinterest
Labels: industry, MnM

A great article available here that busts several myths about the Wōkòu, the notorious Japanese pirates that terrorised Korean and Chinese coastal areas under the Míng.