The Seven Causes For Repudiation 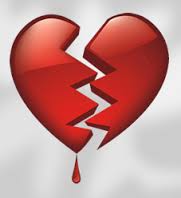 In Imperial China, according to the Táng Code, married men had seven criteria whereby they could repudiate their wife, called the Seven Outs (qīchū 七出):
1- barrenness (not giving birth to children)
2- lasciviousness
3- disobedience to her husband's parents
4- indulgence in gossip
5- thievish propensities
6- jealousy
7- a disfiguring illness

The Míng code added that a woman who hadn't any living relatives, however, could not be repudiated [that would have made her free of any male dominance, which is contrary to Confucian orthodox thought]. Neither could be repudiated a wife who had mourned three years for her husband's parents. Husbandly repudiation was also forbidden in the case of a husband who had become rich having been poor previous to and at the time of the marriage.

Needless to say, repudiation only worked one way: a woman could never require the marital relation be dissolved, no matter how miserable her life. Miserable women would routinely commit suicide instead, thereby shaming their husband who would lose face.

A man who had repudiated his wife without her falling in one of the seven criteria would have had to take her back, and he would have been punished by 80 strokes of beating with the heavy stick.

A woman who ran away from her home would be sold by the State if caught. If she had been married during her absence, she was sentenced to death by strangulation.

The laws were either identical or extremely similar in the other countries of the East Asian cultural sphere: Japan, Korea, and Vietnam.

Under the Qīng, the Code added the possibility of a mutual divorce. Here again, the asymmetry of the male and female positions in society was apparent by the fact that a divorced man could remarry, whereas a divorced woman could not. Another kind of divorce, and then under all dynasties, was the state-mandated annulment of marriage; it would be pronounced by a magistrate if either spouse had committed any of the following offences:
- murder
- adultery
- assault and battery upon an in-law
Posted by 賈尼 at 17:50
Email ThisBlogThis!Share to TwitterShare to FacebookShare to Pinterest
Labels: background, Japan, Korea, Ming, Qing, Tang, Vietnam