RQ6 will have five very different magic systems: Folk Magic (Common Magic as was), Animism (spirit magic), Mysticism (brand new), Theism (Divine) and Sorcery. [...] Mysticism is completely new and aims to allow characters to replicate all manner of wuxia, martial arts, ki, and other powers that focus on self-realisation and potential. Its not a spell-based system, but it does have a very wide range of different effects/talents to offer considerable flexibility. 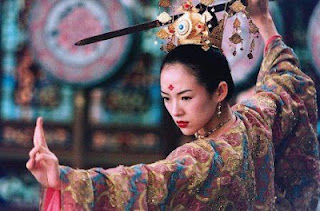 This is obviously a very interesting piece of news for any Celestial Empire fans. Knowing the work of the authors of RuneQuest 6, I expect RuneQuest 6 to feature a very kinematic combat system. If you like the historical or literary approach to Imperial China, keep the current BRP-based implementation of the rules. But if you like to centre your games on combat and action, you may well be advised to check RuneQuest 6 out when it's available and consider it as a possible replacement to the BRP.

More on this when RuneQuest 6 is finally available!
Posted by 賈尼 at 10:57
Email ThisBlogThis!Share to TwitterShare to FacebookShare to Pinterest
Labels: industry