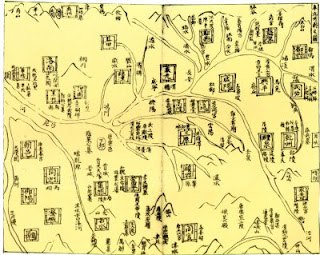 I have found a German web-site that is a real treasure-trove of historical fact. They have a section about the demographics of Imperial China; unfortunately it only tackles it from the Yuán Dynasty onward.

The site provides information for Imperial China that I have slightly re-adapted (original here):